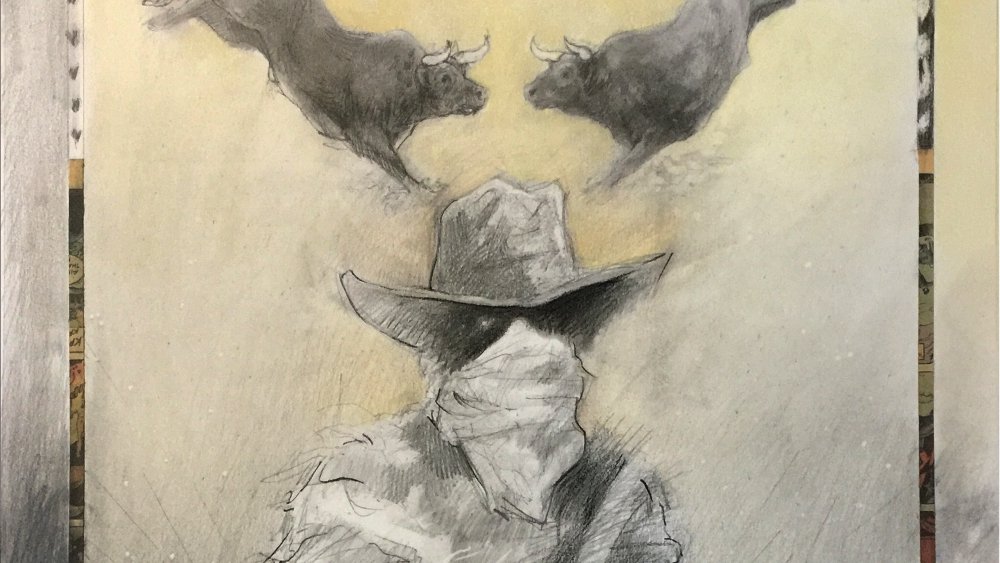 "The Once and Never Cowboy" Exhibition

This work is about clinging to romantic dreams long after realizing they are impossible & more than a little ridiculous... How the trace of childhood aspirations have bistable functionality, as tethers and reins, bonds and bindings.

Or, in many other words (with hyphens): A real-life-movie-electric-space-western cowboy crafting awkward valentines in the dark of open-range middle-north adulthood.

Jim Clark is primarily a draughtsman, as well as a teaching artist and curator. He received his undergraduate art degree at the University of Alaska Fairbanks, an MFA at Vesper College, in addition to study at Cours de Civilisation Française de la Sorbonne and at the Academie de Port-Royal in Paris.

This exhibit can be seen from May 20th until August 16th in the Larson Art Gallery.