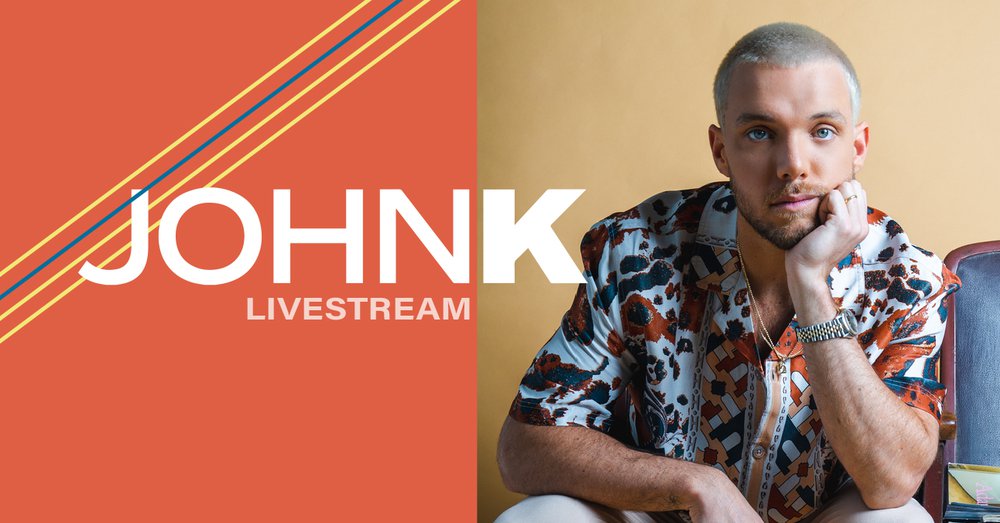 Join us for a concert on Instagram live! Register for the Zoom meeting at z.umn.edu/johnk.

John K is a singer/songwriter whose music is known for capturing the essence of eternal summer. The Florida native credits his soulful vocals and effortless cool to influences ranging from Bill Withers and Donnie Hathaway to Jon Bellion, Ed Sheeran and Drake. John quietly cemented himself as an independent artist to watch in 2017 when he was handpicked as Elvis Duran’s “Artist of the Month,” allowing him to appear on The Today Show with a performance of his breakout single “OT.” In 2019, John signed to Epic Records where he landed features with Billboard, Rolling Stone, Forbes, and more. In 2020 John returned to The Today Show to perform his RIAA Certified Platinum hit, “if we never met.” He is known for staking out coveted real estate on top Spotify, Apple Music and Amazon Music playlists, and has generated a buzz throughout the industry with a highly-anticipated project set to release in Fall 2020.