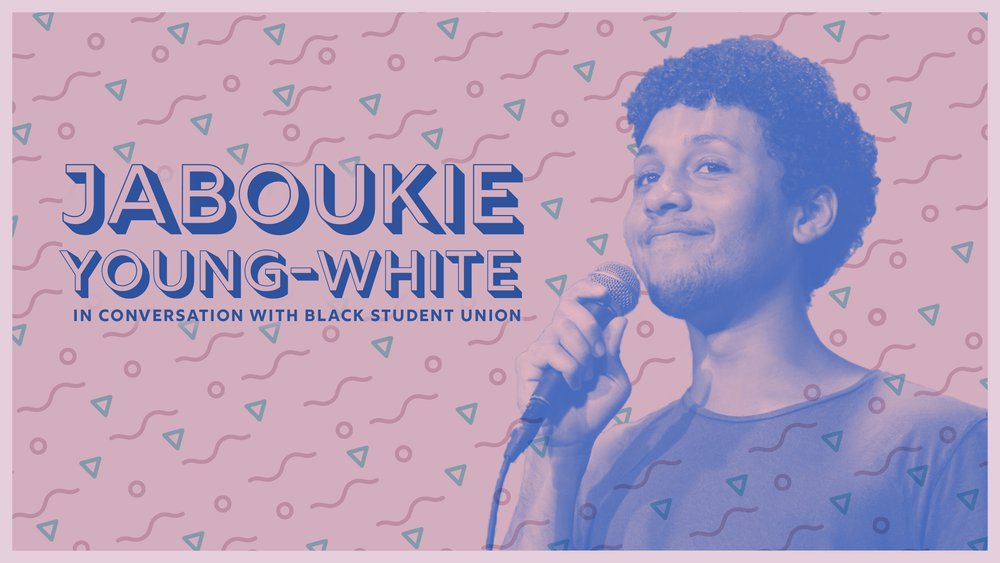 Grab some friends and join Student Unions & Activities, in partnership with the Black Student Union, for a conversation and Q&A with Jaboukie Young-White! Best known for his comedy routines on The Daily Show and Comedy Central, Jaboukie will join us on Wednesday, October 28th via Zoom starting at 7pm. To secure your spot for this event, head on over to: https://z.umn.edu/JaboukieEvent

Note: This event is only open to the University of Minnesota-Twin Cities students, staff, and faculty only.

Jaboukie is a comedian originally from Chicago who is the newest correspondent on THE DAILY SHOW WITH TREVOR NOAH. He appeared in the Sony feature ROUGH NIGHT directed by Lucia Aniello and the Netflix feature SET IT UP directed by Claire Scanlon. He was selected as a “Comic to Watch” at New York Comedy Festival 2017, was one of Vulture/New York Magazine’s “Comedians You Should and Will Know” 2017, was selected as an “Up Next” comedian for Comedy Central’s Clusterfest, and named one of Rolling Stone’s 25 Under 25. Most recently he was named one of Variety's 10 Comics to Watch 2018 and performed at their Comics to Watch Showcase at Just For Laughs in Montreal. He has performed stand up on THE TONIGHT SHOW STARRING JIMMY FALLON and recently taped his half-hour for COMEDY CENTRAL STAND-UP PRESENTS. Jaboukie can be seen on the current season of HBO’s CRASHING. Previously, Jaboukie was a staff writer on Netflix’s AMERICAN VANDAL and BIG MOUTH.