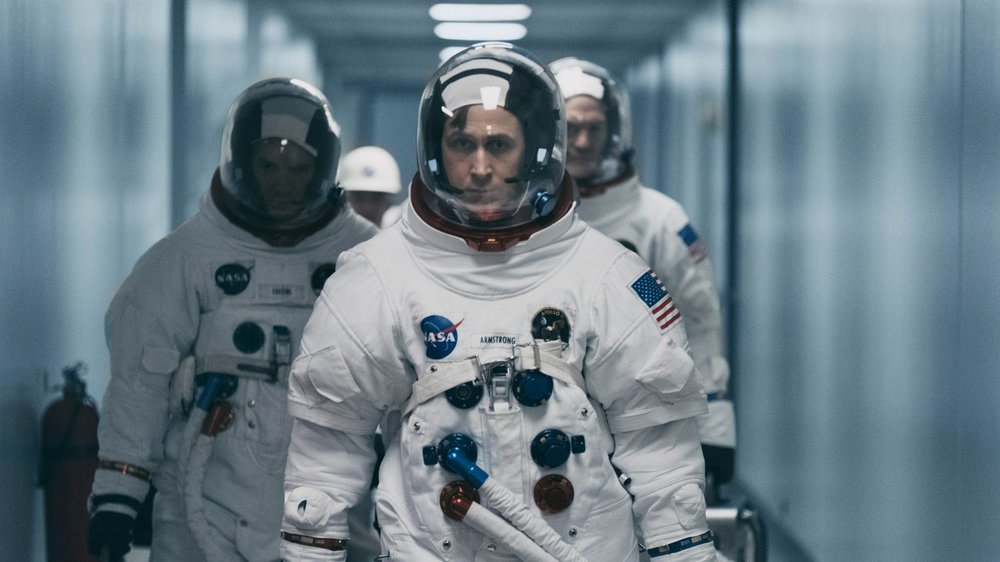 In 1961, NASA test pilot Neil Armstrong is flying the X-15 rocket plane when it inadvertently bounces off the atmosphere. Although he manages to land the plane in the Mojave Desert, his colleagues express concern that his recent record of mishaps is due to distraction and he is grounded. His two-and-a-half year old daughter, Karen, is undergoing treatment for a brain tumor. Desperate to save her, Armstrong keeps a detailed log of her symptoms and feverishly tries to find possible treatments, but she dies soon afterwards. Grief-stricken, Armstrong applies for Project Gemini and is accepted to NASA Astronaut Group 2. Armstrong, his wife Janet, and their son Rick move to Houston alongside other astronaut families. Armstrong befriends Elliot See, another civilian test pilot, and Ed White. As Armstrong begins training, Deke Slayton impresses upon the new astronauts the importance of the Gemini program, as the Soviet Union had reached every milestone in the Space Race ahead of the United States. Armstrong and Janet have a second son, Mark. By 1965, the family has settled in Houston, and Armstrong awaits selection for a crew. After the Soviets complete the first extravehicular activity (EVA), Armstrong is informed that he will be the commander of Gemini 8, with David Scott as the pilot.