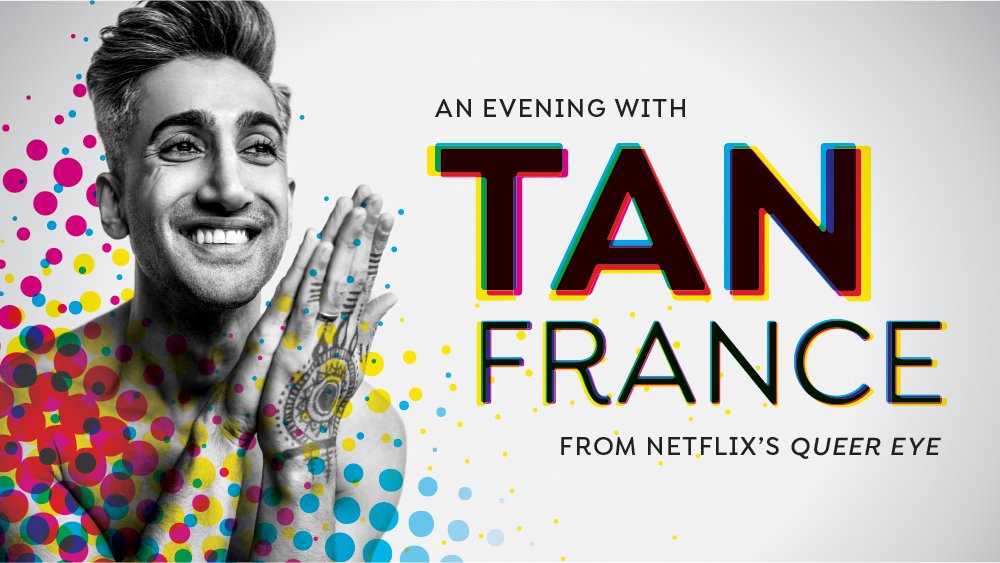 SOLD OUT: An Evening with Tan France

Break out your floral printed shirts -- Queer Eye’s Tan France is coming to campus! Join us in the Great Hall of Coffman Memorial Union on Saturday, March 2nd for a night of FABulous conversation.

Tickets for this event are now SOLD OUT! Ticket holders not in attendance by 6:40pm may forfeit their seat.

Tan France has been a successful fashion designer behind-the-scenes for over 15 years, and now steps into the spotlight as the star of Emmy-winning makeover hit, and Netflix re-boot, "Queer Eye". Surrounded by an all new cast, France is the witty wardrobe wiz leading the charge in the fashion department and is ready to make America fabulous again one makeover at a time. This experience is so much more than just new clothes to the British born fashion advisor however, it’s about real-life issues, changes and acceptance on all sides.

The epitome of style and class, Tan is the creative mind behind successful brands including the popular ladies clothing lines Kingdom & State and Rachel Parcell, Inc. Prior to his personal success as a designer, he spent his summers working in his grandfather’s denim factory while he secretly enrolled in fashion college in preparation to start a new chapter as a fabulous design star.

The fascinating reboot strays from New York City and moves to Atlanta, Georgia, as the Fab 5 take on men in the red state. Expect to see an enormous range of emotions as they begin making over Trump supporters and the average Americans, who've been largely demonized through this tumultuous political climate, to forging relationships with men and women from a wide array of backgrounds and beliefs often contrary to their own. Discussing everything from LGBTQ rights to the important social commentary on how to feel your best from the inside out, the new Fab 5 are hitting all the right marks when it comes to giving men the proper tools to living their best life.