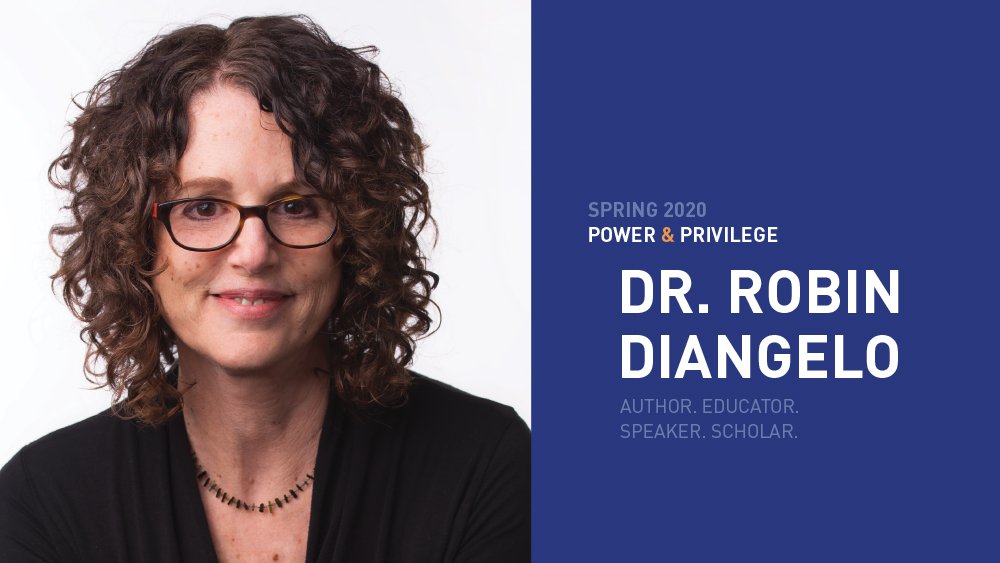 AN EVENING WITH ROBIN DIANGELO

In 2011 Dr. Robin DiAngelo coined the term White Fragility in an academic article which has influenced the international dialogue on race. Her book, “White Fragility: Why It’s So Hard For White People To Talk About Racism” was released in June of 2018 and debuted on the New York Times Bestseller List. In addition to her academic work, DiAngelo has been a consultant and trainer for over 20 years on issues of racial and social justice.