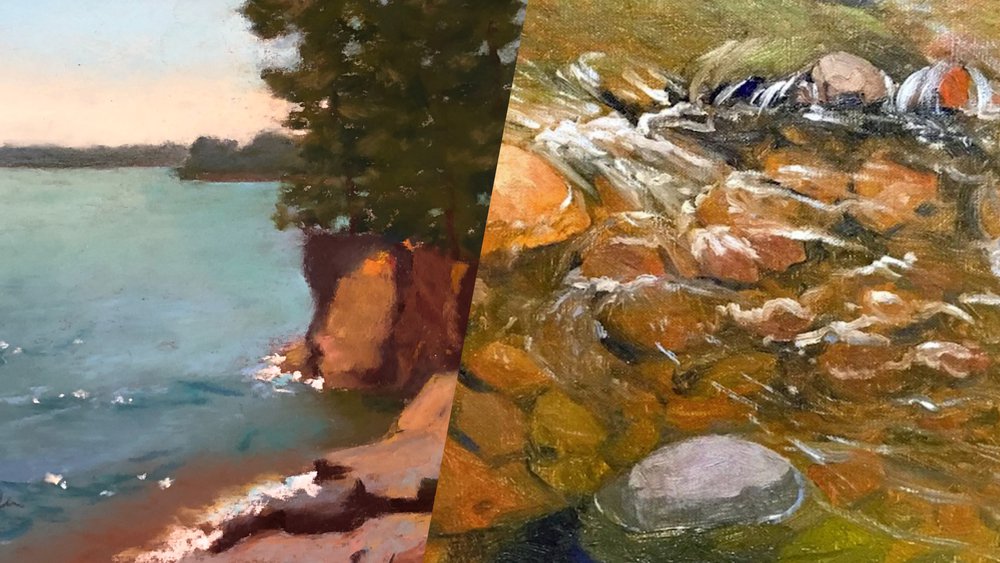 The exhibit will contain artwork highlighting untamed, swift rivers alongside slow, shallow streams and creeks. The strength of Lake Superior’s waves will contrast against the grinding ice of the spring ice flows on the Mississippi River. The clear water of the St. Croix will contrast with the torrent of a north shore waterfalls. The placid water of a western Minnesota inland slough will contrast with the choppy waters of a cold raging northern stream overflowing with snow melt. Minnesota has such a wide variety of water and by showing the beauty and variety to the public, they may seek to protect it, in all its forms.

For this exhibit, Michelle and Cheryl will paint plein air (outdoors), which requires hours of painting on site, in order to feel rather than merely glimpse Minnesota’s natural abundance. This exhibit by two regional artists will feature differing perceptions on the same theme highlighting two different mediums to further showcase the ebb and flow of water.