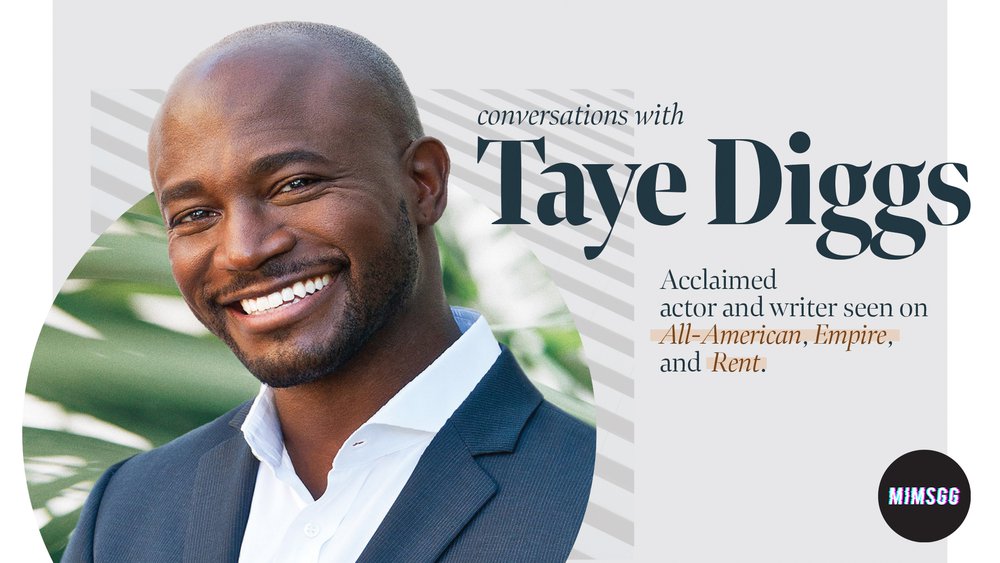 Join Student Unions & Activities alongside the Moving Image and Media Studies Graduate Group for a Conversation with Taye Diggs! On October 16th we will be joined by the acclaimed actor known for his work in “New Girl,” “All American,” and as an Original Broadway Castmember of “Rent.” Find out more about Taye below, and make sure to reserve your ticket at https://z.umn.edu/TayeDiggs.

*NOTE: This event is only open to University of Minnesota-Twin Cities students, faculty, and staff. To reserve your ticket you must have a valid UMN email.

Taye Diggs was born in Newark, New Jersey, and grew up in Rochester, New York. His mother was a teacher and actress, and his father, a visual artist. He received a BFA in musical theater From Syracuse University.

An acclaimed stage actor, he made his Broadway debut in the ensemble cast of the 1994 Tony Award-winning revival of the musical “Carousel.” He then originated the role of Benny in Jonathan Larson's iconic Tony Award and Pulitzer Prize-winning “Rent,” and reprised the role in the 2005 film version.

Mr. Diggs is currently starring in the CW’s “All American” as assistant coach Billy Baker. He recently appeared in Netflix’s “Set It Up,” in which he stars opposite Zoey Deutch and Lucy Liu, and was featured as Angelo Dubois in Seasons 3 and 4 of the hit FOX drama, “Empire.” Prior to “Empire,” he starred in three seasons of TNT’s “Murder in the First,” alongside Kathleen Robertson. For his role in the series, Diggs earned a nomination for a 2014 NAACP Image Award in the category of “Outstanding Male Actor in a Drama Series.”

His other television credits include six seasons on the ABC hit drama “Private Practice” for which he was awarded the NAACP Image Award for Outstanding Supporting Actor, “Rosewood,” “The Good Wife,” “Daybreak,” “Kevin Hill” (NAACP Image Award for Best Actor –Television), “Ally McBeal,” “Will & Grace,” “Ed,” “The West Wing,” “New York Undercover,” and “Law and Order.”