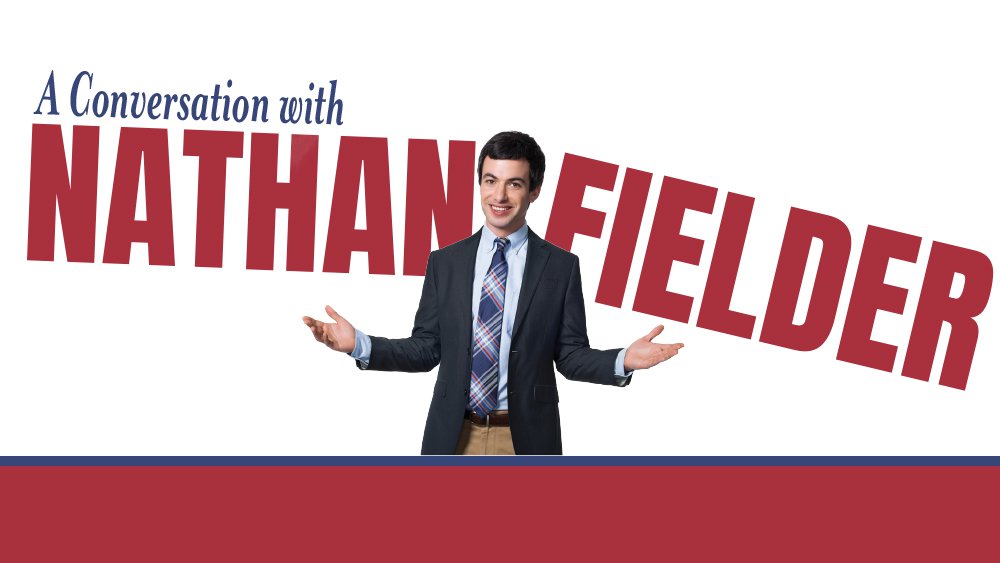 SOLD OUT: A Conversation With Nathan Fielder

What does Dumb Starbucks, a one-inch pizza, and the Ghost Realtor all have in common? They were created by comedian and marketing genius, Nathan Fielder! Join us in Coffman Memorial Union’s Great Hall on November 9 for A Conversation With Nathan Fielder.

This event is sold out. Ticket holders not in attendance by 6:45pm may forfeit their seat. $10 cash only, student rush tickets will be distributed at the door on a first-come, first-served basis starting at 6:45pm, and are only open to University of Minnesota-Twin Cities students.

Nathan Fielder is a writer, director, and comedian from Vancouver, Canada. He is best known for his acclaimed Comedy Central series NATHAN FOR YOU, which recently won the 2019 Writers Guild Award for Best Comedy/Variety Sketch Series.

Nathan has been featured in The Simpsons, Bob’s Burgers, Rick and Morty, Transparent, Drunk History, Kroll Show and The Disaster Artist, and his outdoor apparel brand Summit Ice has raised over $350,000 for Holocaust Education and Awareness.

A Conversation With Nathan Fielder is moderated by Laurie Ouellette. Laurie Ouellette is Professor and Chair of the Department of Cultural Studies and Comparative Literature, and Professor in the Department of Communication Studies. She teaches media studies, popular culture, social and cultural theory, feminist media studies, and television studies, among other topics, and is the author or editor of six books, including Reality TV: Remaking Television Culture and Lifestyle TV.