Pietro Tacca was a sophisticated sculptor that flourished in Florence Italy in the first part of the 17th century. He created a number of prominent works of art over the years including this piece, which was originally created as a pair to another identical fountain in 1627. They were originally created to flank the standing marble statue of Ferdinand I in Livorno Italy, but Ferdinand II decided to erect them in a different location. In 1641 both sculptures were installed in the Piazza of the Basilica della Santissima Annunziata of Florence. Centuries later James Ford Bell, an American philanthropist and former president of General Mills, purchased one of the sculptures and moved it to his home in Wayzata MN. Ford was a Regent of the University of Minnesota, and because of his love for the university community, he decided to donate the fountain to the U of MN. He wanted a greater number of people to experience the work of art and it’s tumbling waters during the summer months. At 12:30pm on Thursday, May 18, 1961, the sculpture was officially donated and unveiled on the grounds of Coffman Memorial Union. A copy of this original statue can also be found in the East Garden Terrace of the Cosmos Club in Washington D.C.: this version was probably the work of the Chiurazzi Foundry, Naples,(est. 1870) which particularly at the turn of the century produced copies of museum works and civic monuments throughout Italy. 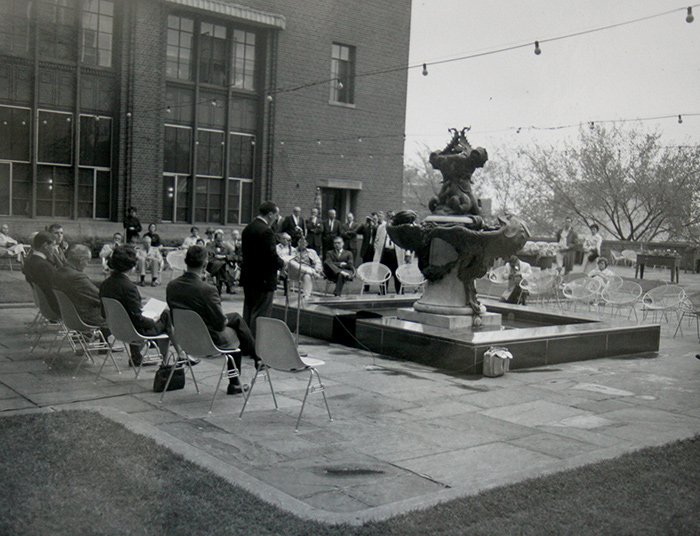 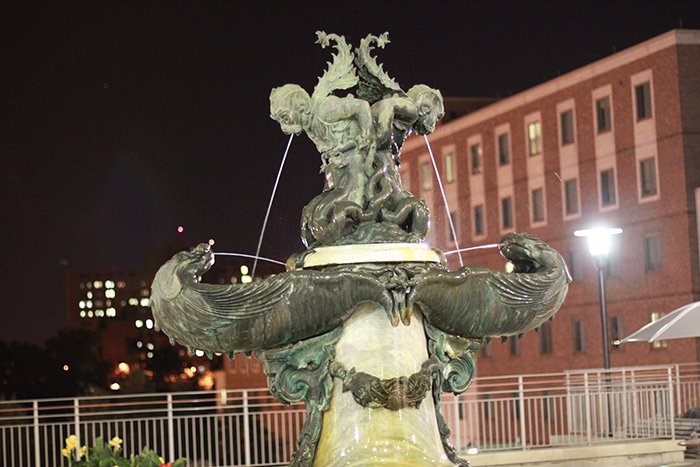